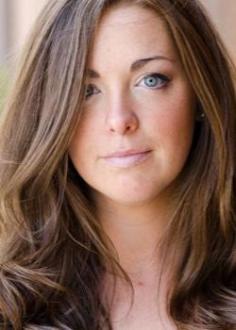 Megan Gailey grew up in Indianapolis, the perfect town to raise a delusional upper-middle class Midwestern socialite. With a love of flirting and vacationing, it was a natural fit to leave the monotonous exercise schedule for a life of stand-up. Gailey recently made her late-night debut on The Conan O’Brien Show, she was a part of the 2015 Just For Laughs "New Faces", a finalist in NYC’s Laughing Devil Fest, a featured performer at the Traverse City Winter Comedy Festival, New York Comedy Festival and Comedy Expo. Megan was recently featured in Chicago Magazine and Marie Claire Magazine for her comedic risk taking and amazing dresses. And she has finally performed alongside enough famous people that her older brothers no longer hate her. Megan just wrapped Season 1 of Ladylike for MTV and will next be seen on the upcoming season of Adam Devine’s House Party on Comedy Central. Megan works and applies makeup at a fanatical pace. She continues to search for a rich husband, just in case.