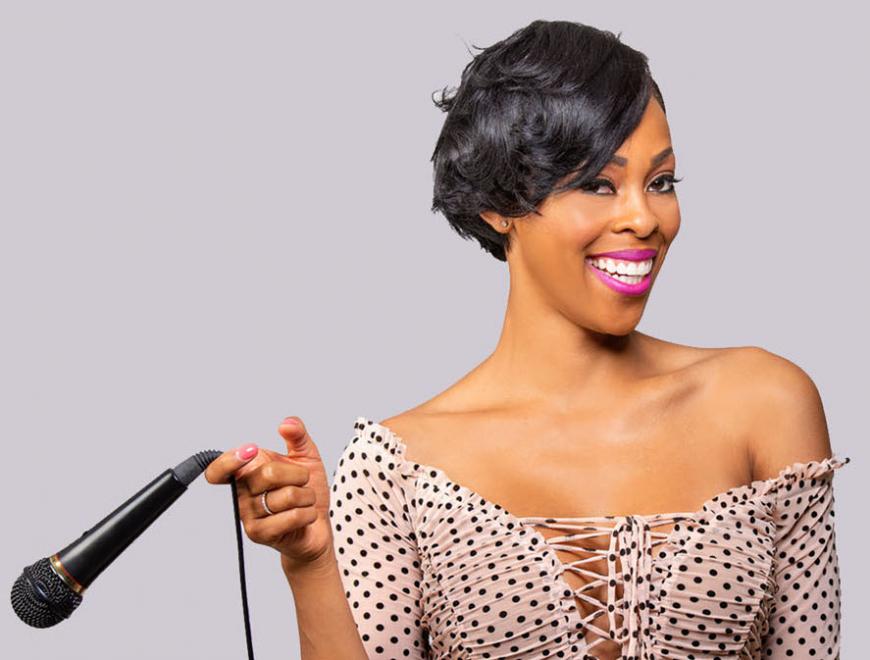 Multi-talented actress, writer and comedienne Daphnique Springs is a Florida native, who in a short period of time has made her mark in the Los Angeles comedy scene. Sassy, smart and sophisticated, this accomplished young woman has taken over the City of Angels with her comedic wit. With the striking looks of a leading lady, but the versatility of a character actress, Daphnique is infinitely talented and plays a wide range of intriguing characters on stage and screen. She has starred in an eclectic variety of roles on such shows as, How I Met Your Mother (CBS), Jimmy Kimmel Live (ABC), and The Comedy Get Down (BET). In addition to her budding acting career, Daphnique's stand-up comedy routine is intelligent, dark, honest, and somehow still relatable. Ranging from personal experiences/subjects to social commentary, she has a unique blend of witty and pointed sarcasm which makes her a favorite among countless audiences. Tapping into a natural ability to make people laugh from the stage, Daphnique conveys ease and a confidence that engages audiences and leads to an unpredictable, unprecedentedly hilarious show. ​ Daphnique Springs is a Stand-Up Comedienne who has featured For Martin Lawrence (2015) and Toured with Katt Williams on his Born Again...Again Tour (2014-2015). She is the 2015 Winner of the She-Devil Festival in New York City, NY. Daphnique is the 2016 Winner of the American Black Film Festival "Comedy Wings Competition" Sponsored by HBO. All Jane Comedy Festival (2016). Featured on Laughs On FOX. She was recently featured on HBO All Def Comedy in her first TV Stand Up Appearance. ​ A 2018 Just For Laughs Montreal "New Face: Repped". She stars on Amazon's yet to be released JFL New Face Documentary. She recently shot her first Late Night Stand Up appearance for "Last Call With Carson Daly" set to debut November 2018. She has 484K+ Instagram Followers, 2.8 Million+ Facebook Followers, 406K+ Youtube Subscribers, 1.3 Million Tok Tok Followers. Daphnique is currently touring and coming to a city near you!